Jesse Suntele is a South African actor, model and presenter who burst onto the scene as a contestant on BET’s Top Actor Africa 2016, stealing the hearts of the continent with his talent and charm. He went on to win the title of ‘Top Actor’ launching his career from strength to strength.

His unbelievable talent has seen him through a range of powerful roles in television. His breakthrough role on the Mzansi Magic telenovela The Queen secured Jessie with admiration from audiences across Africa.Jesse further amplified his silver screen presence when guest starring in SABC 1’s ever-popular soapie Generations: The Legacy, and through the recurring role on E.TV’s Ashes to Ashes through the character of Kabelo.Jesse made an appearance on the SABC1 youth drama series Mutual Friends, just one week before debuting his role as television presenter on the BET lifestyle and entertainment show BET A-List. Jesse quickly became a household name on A-List, securing himself a spot as a lead anchor with the newly refurbished show. In the search of the next big rapper, Jesse showcase the scope of his talent in 2017 by joining the cast of the reality competition series The Hustle, aired on Vuzu Amp. Using the stage name J-Flo, Jesse commanded audiences as a firm favourite and made it into the top six of the competition. Jesse’s ever-growing list of accolades further includes his work on the 48hr Film Project, being a finalist on Can Do Talent and winning Jam Alley’s School vs. School Talent Search. His astounding talent, work ethic and drive have positioned Jesse Suntele firmly into the industry and into the hearts of ever-growing audiences. 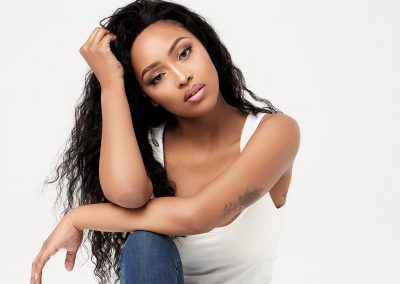